Should You Be Using Emoji in Your Marketing Campaign?

Should I be using emoji?

This question may cross your mind as you try to market on spaces like Instagram, Snapchat, or Facebook. Even emails now offer built-in emoji system. They’re ubiquitous and fun – but are they professional enough to use in a marketing campaign?

Over six billion emoji are sent out every day. Professor of Information Science at Indiana University Susan Herring called emoji a “new phase of language development”. Harnessing this new language can increase click-through rates, better market to modern generations, and make your campaign stand out from the crowd – you know, all those things that every good marketer wants. 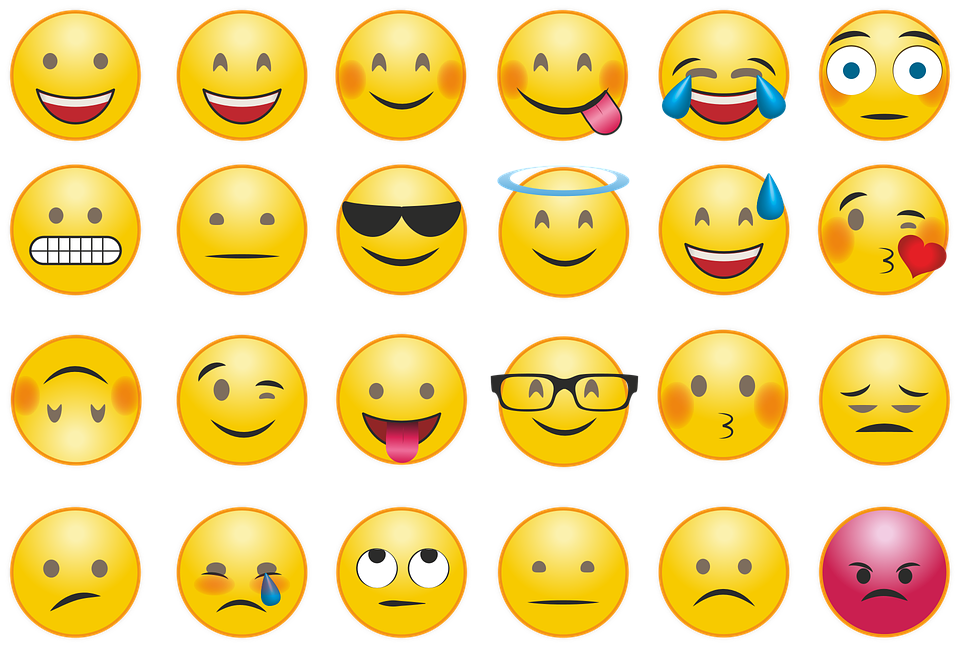 Just to make sure we’re all on the same page: emoji are small digital icons that express emotion or ideas using pictures. The word is a portmanteau of two Japanese words: “e” meaning “picture” and “moji” meaning “character”. They can be facial expressions, objects, symbols – just about anything that can be shrunk down to tiny picture size. They’re a way to convey emotion and body language in a world where text can be misinterpreted.

And in case you’re wondering, “what’s the difference between an emoji and an emoticon?” – an emoticon are “punctuation marks, letters, and numbers used to create [picture] icons that generally display an emotion or sentiment”, according to Britannica (that’s how serious emoji are nowadays: they have definitions in the Encyclopedia Britannica!). Emoticon is a combination of “emotional” and “icon”.

If you want definitions of all emoji, you can visit this online emoji dictionary.

Now that those definitions are established, back to the discussion at hand: why you should use emoji (not emoticon, which are outdated) in your marketing campaign.

Emoji better enable messages to express tone and social cues, better than text. Expressing these cues allows us to process information faster and more efficiently. So emoji are allowing us to process faster and remember more.

In face-to-face interactions, up to 70% of our understanding of others is from nonverbal cues: hand gestures, eye contact, face tics, types of smiles, eyebrow placement, general expressions, to name a few. How we read a person or a situation depends on their body language first, their words second.

For example: if someone says, “I’m happy”, but they’re frowning, their eyebrows are lowered, their hands are in fists – most people would take the cue and say, “Hmm, are you sure about that?” But if someone says, “I’m happy”, with wide eyes, a big smile, and hands clasped over their heart – well, that would be harder to deny. Body language can bely or enforce an emotion, and biologically it’s what we trust more.

So if words can be misinterpreted or even hard to believe, we’re more likely to need body language to tell us the real deal. And in text form, it’s even harder to understand tone, emotion, or correct interpretation. Writing, “I’m happy” in a text, without body language to tell us the truth, can lead to hours of overanalyzing. In a world where we’re generally communicating more through text and pictures than through face-to-face conversations (no judgement intended), we’re lacking the body language that helps us understand 70% of meaning.

That’s where emoji come in. They’re the modern body language: they provide the nonverbal cues, facial expressions, and hand gestures that provide meaning and emotion.

In a marketing campaign, you don’t want your words misinterpreted, particularly if you’re using email campaigns. Emoji are an easy way to cue the correct interpretations so that you’re campaign intentions are clear.

Body language does more than convey facial cues: it helps us remember. 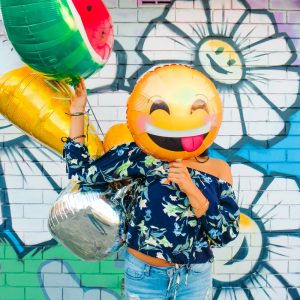 A recent study found that the use of emoji can increase memory. In other words, people who read messages with emoji in them remembered those messages much better than the messages without emoji.

Being more memorable is mainly thanks to the “picture superiority effect”: the phenomenon that makes pictures and images easier to remember than words. 🤓 This is because our brains dually encode images and encode words once – in layman’s terms: when we see an image, our brain stores it as “picture” AND as “word”. When we see a word, our brain stores it only as “word”. So we’re doubly likely to remember that image because we have more than one way of remembering it.

It’s a no brainer that as a marketer, you want your work to be memorable. While there are many ways to do this, add the emoji tool to your arsenal as an easy and lighthearted way to increase memorability.

As outlined above, emoji convey body language and emotion. As a marketer, you want to convey as much emotion as possible.

You’re probably familiar with the adage, “people buy with emotion and justify with logic”. It’s an adage for a reason: it’s played out so many times in life that it’s hard to argue against. And the ads that make people buy and sell are the ones that appeal to emotion first, and then back up the purchase with logic.

“Pathos” is an emotional connection between you and your audience. Pathos is increased through personal anecdotes, vulnerability, and emotional themes. When you can connect with the consumer, your brand identity becomes “real” to them, making them more likely to feel comfortable with you, and therefore more likely to buy.

Emotional marketing is also about conveying how a consumer will feel once they’ve bought your product. Will they feel like they’re in an exclusive club? Will they feel cool and trendy? Will they feel proud? The emotional themes of your company will convey both what you make them feel and how they feel after they commit.

While there are ways to encourage consumers to specific emotions, in the end, it’s intuition: they have a “gut instinct” about whether they can trust you. So use all the tools at hand to try to ensure their gut will tell them you’re the one for them. And emoji are an extra (and free!) tool for making that happen.

Think about the emotion you want associated with your brand: Sporty? Proud? Happy? Exciting? That’s the emotional theme.

Now think about which emoji might correlate with that emotion:

Those emotions are conveyed no matter what you write. And as stated earlier, they’ll be harder to misinterpret than your words.

Dubb Easily Lets You Use Emoji

Dubb now lets you use emoji as part of your animated previews and your video communications. Best of all, they let your audience react to your videos with emoji – and then utilize data tracking to log emoji use in activity reporting. These features can be turned on and off in the video feature page.

Use emoji when you can! Emoji make it more likely that you’ll be remembered, and that you’ll create an emotional connection. And not to be underestimated – they’re fun! They’re lighthearted, easy to use, and free (did we mention they’re free?). Using emoji sets up a specific image no matter your brand. Creative emoji use can leave a strong impression and communicate your emotional theme and brand personality in your marketing campaign. And who doesn’t want to be associated with 😍?

How to Use Video in Every Step of Your Marketing Funnel 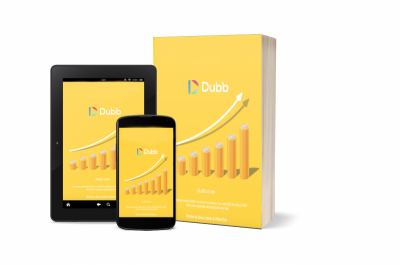