How to Avoid Zoom Fails: Here’s What the Folks at Zoom Don’t Want You to Know

It should come as no surprise that Zoom fails at times.

With the global spread of COVID-19, life under quarantine has dramatically shifted the way we do business.

In a matter of weeks, we’ve become a remote economy.

If you live in the U.S.—or heck, even the world—you’ve likely heard of the video conferencing app, Zoom, and perhaps the recent term “Zoom fails” (but more on that later).

The app is everywhere; on the news, television, and if you’re anything like me, one of your tech-savvy family members has already suggested using it for a group conference call.

Zoom’s growth has been nothing short of remarkable, going from a respectable 10 million users last year, to a whopping 200 million as of today—but Zoom wasn’t equipped to scale that fast…

Zoom Fails: The Danger No One Saw Coming

Few technologies are prepared for that level of growth in such a short time—again, we’re talking about a 20X leap in just a few weeks.

As you can imagine, this sudden influx of users has brought a BIG new problem with it: 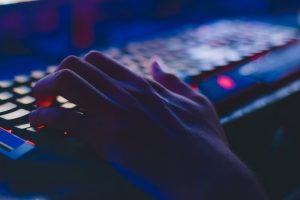 And they have a sense of humor, too.

On April 1st (no, I’m not kidding), hackers started snatching up Zoom user credentials faster than kids at the “Take One” candy bowl on Halloween.

Within a few weeks, more than 500,000 account passwords, meeting URLs, and email addresses were taken, and the news has only gotten worse from there (more on that later).

Aside from security, if you compare the experience of video conferencing apps like Zoom to its alternatives (House Party, Microsoft Teams, Skype, etc.), you’ll run into the same problems.

And in a rapidly shifting economy, having a communication solution that delivers your message on your terms and your time is paramount to your business’s ability to adapt.

Here’s How Zoom Got it Wrong

For starters, privacy and security, or the lack thereof.

When Zoom’s internal security was breached, the half a million users that had their data stolen lost a lot more than their passwords…

The problem within maintaining your security over the Internet is that we never change our passwords.

We keep reusing the same ones—with a slight variation.

I already have a hard enough time trying to remember which passwords have a special character in them and which don’t. And may God help you if you’re forced to create a new password every couple of months—my record is 6 added apostrophes at the end of my original password.

However, the problem with using the same password across multiple accounts is that once a hacker gets one, they’ve likely got all they need to hack into your other accounts.

On top of that, these hackers are also known to troll extensively.

In a trending fad known as “Zoom fails” or “Zoom-Bombing,” hackers that have gotten a hold of your meeting URL can forcibly insert themselves into a meeting.

And with the anonymity of the Internet on their side, these hackers have used these ambushes to video stream pornography and racist imagery.

Unfortunately, this kind of cyber-assault hasn’t been strictly relegated to businesses either. Online classrooms, industry conferences, and even Alcoholics Anonymous have found themselves on the receiving end.

With other structural issues like Zoom’s draconian privacy policy, the revelation that its user’s data was being routed through China, and a number of private video calls being leaked online, a slew of companies, government organizations, and schools (obviously) have swiftly banned the use of Zoom.

Zoom fails, aside, video conferencing as a whole has some seriously limiting problems of its own.

The Many, Many Troubles of Video Conferencing

Look, I don’t want to sit here and bash video conferencing completely. Zoom fails aside, Zoom has produced unintentionally hilarious videos like this.

And video conferencing can be a useful tool in corralling a group together for a simultaneous call; the operative word here being “corral” because that’s how video conferences always feel like they’re being organized—a cattle call.

And those awkward hiccups aren’t fun, are they?

They’re unprofessional and only serve to disrupt the flow of the meeting. Now picture those little hiccups on a call with a client and over time it’s not a stretch to imagine their confidence in you degrading over time.

Get Dressed to Impress…Or Else 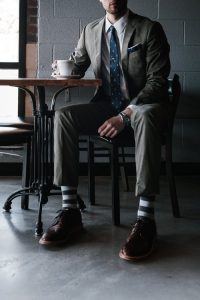 Another downside to video conferencing is the lack of flexibility. If the conference call is at 9:00 am you’d better be showered, dressed, and seated at 8:55 am. On top of that, your room needs to be clean, too.

And the truly frustrating part is 9 times out of 10, you’re not there to report anything you couldn’t have sent via email. Most meetings take the form of announcements and updates with pockets of time for back and forth.

That means most of your time on a video conference call will be spent listening.

And a stomach grumbling because you skipped breakfast to make it to the meeting.

But that’s just the tip of the iceberg because working from home isn’t a breeze. In fact…

Remote Work is Still a LOT of Work 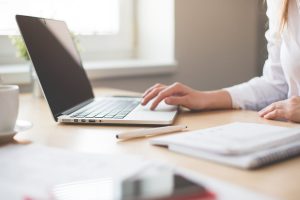 Stepping away from the troubles of video conferencing, working from home (WFH) can be a can of worms all on its own.

Here are some common issues you’ll experience working from home…

You Won’t Know How to Manage Your Time

One of the biggest benefits of working a full-time job at an office is the structure. You clock in, you work, you take a lunch, work some more, run to the bathroom, then clock out. The environment at work is a professional one so there is no goofing off there (generally). You’ve got your assignments, an allotment of time to do them, and someone looking over your shoulder just to be sure.

However, your home is where you sleep, it’s where you relax and unwind, and it’s filled with distractions.

This means your home is one of the most difficult places to focus, and thus keeping yourself working and on task is going to be a challenge.

Remember that separation of work and home I mentioned above? Well, that’s gone when you start working from home. Responding to emails, Slack, pushing further on projects—all of it is fair game when there is no “quitting time.”

You’ll Feel Disconnected and Out of the Loop

Let’s be real: a daily call isn’t enough to truly feel in sync with the team. You’ll have your marching orders but the synergy that comes from close quarters collaboration can’t be replaced with a video call.

Once that call ends it may be another day or more before you see one of your teammates again. That means that unless you’re deeply in the mix with key leaders and decision-makers, you won’t be sitting at the dinner table—you’ll be on the menu.

Whether you’re at home or in the office, you want your presence to be felt and remembered.

Here’s a tool that can help…

This isn’t a sell, I promise (the app is free).

This is a solution.

If you’re unfamiliar with the platform, Dubb is a video sharing app that allows you to create and send video messages, collect and analyze the open-rate data, and much more.

But here are a few tips where it can be used to smooth out your daily workflow and avoid the classic Zoom fails:

Take advantage of project management tools such as Asana, Trello, and Monday when assigning and updating tasks. Use Dubb’s in-browser chrome extension and record and send personalized videos to those that need them, right in the platform’s comment section.

Rather than corralling the team onto a video call, create one video containing your project updates and shoot that out to the group. They’ll be able to watch it at their convenience and everyone gets to stay in their pajama pants.

If you need feedback from a client on a given project, include those instructions in a video along with any documents or attachments you need them to fill out. Once they’ve completed the task at hand, you can send them a pre-recorded message detailing the next steps and expectations.

At its core, Dubb is here to help you make a lasting impression on your teammates, clients, and prospects while maximizing efficiency, streamlining technologies, and bringing back results you can measure.